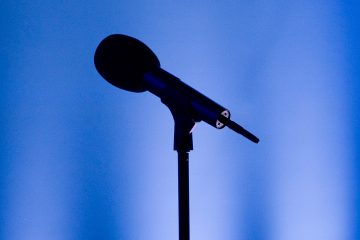 Yet again The BPPA finds itself responding to a piece by Professor Roy Greenslade on The Guardian’s website. Yet again Professor Greenslade adds his influential voice to the drastically mistaken notion that anyone can take a picture good enough for a newspaper these days. Seriously? Have you looked at some of the utter rubbish that gets used in some of our newspapers? To assert that anyone with a camera can take a picture isn’t only an insult to the skilled photographers who make silk purses out of sows ears on a daily basis it also invites the bean-counters who are behind the decisions to axe photographers jobs to question the need for written journalists too.
I can just imagine the conversation between the accountants and the owners with an editor sitting there listening to the conversation;

Owner: We need to save some more money. Sales are still in decline and sacking the photographers hasn’t saved us enough.

Accountant: Well, members of the public are providing all of our visual content so maybe we can get them to supply the words too.

Owner: Brilliant idea. Let’s start with all of the senior reporters who really know what they are doing. Editor – we need you to sell this to the staff.

Owner: They’re all scared for their jobs anyway. Accountant – you are a genius and you will be rewarded for your work with a big pay rise.

Accountant: Thanks Owner, maybe we should discuss a few other money-saving ideas that I have over a drink or two. Do we NEED editors?

How long will it be before expensive columnists get their marching orders in favour of a few blokes with word processing software who “can write a bit”? Who will those people actually be? Will they be honest and concerned citizens or will they be people with an agenda and an axe to grind?
We are already at the stage where a large percentage of the ‘supplied’ images being printed in some papers are not properly checked for honesty, accuracy or ownership (not to mention quality). Beyond that, nobody seems to care whether members of the public are putting their own or other people’s lives in danger to get the pictures that they are giving away for free. Even Professor Greenslade has to agree that journalism stands or falls on its honesty and accuracy even if he has already thrown the towel in on quality.
One of the numerous responses to his Media Guardian article points out that very few people remember the words after the event compared to the number who remember the images. You might think that newspaper owners would forget this at their peril – unfortunately they have forgotten and their newspapers are in peril. Another response points out that newspaper decline could well be a chicken and egg discussion. Which did come first – the fall in sales or the loss of photographers?
This is rapidly becoming a race to the bottom and it really doesn’t help the case for quality newspapers and quality journalism when one of the highest profile commentators on the industry has given up on any notion of defending the simple idea that quality products have longevity and cheap ones don’t. We’d wonder if The Guardian’s own Picture Desk team would agree with The Professor’s odd logic or if its own sub-editors would approve of his fact checking.
Losing reporters would be the largest and most recent nail in the coffin of local and regional journalism. National newspapers, radio and television get a lot of their best people from the superb training ground that is (or maybe was) local journalism.
If I were contemplating training as a journalist right now I think that I’d have second thoughts about it. If the learned Professor is right maybe those currently on his course should consider switching to accountancy before it’s too late.