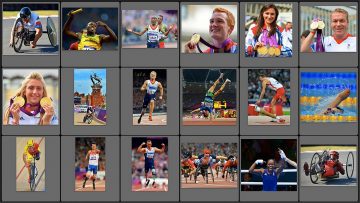 The devastating news of the death of our friend and colleague Mike King was greeted last week with a mixture of disbelief and enormous sadness. He was not only one of the best sports photographers of his (or any) generation but he was also generous, witty and great company. There have already been several obituaries and memories including one from the Sports Journalists Association and a slide show by Philip Brown posted on the web and featured in national newspapers. This short but heartfelt tribute from Peter Tarry is posted here in the hope that others will add their comments about Mike and his professional life.

I first met Mike back in 1989 when I was a lowly junior photographer at a small sports agency and Mike was a staff photographer on the Observer.

At that time I feel that Mike was really enjoying life – a great flat, a Saab 9000 and a great job that involved traveling the world and getting to take fantastic pictures. But success never went to his head and he made time for everyone. He helped and encouraged me getting work at The Observer and was always pleased to offer advice. He would also ring up and ask if you wanted to go and take pictures for fun – events like lawnmower racing or early tough guy races, or if you just wanted to pop over to his house and play around with some new lights.

Mike was without doubt one of the finest sports photographers this country has produced. I remember looking through his contact sheets in the Observer darkroom – every frame was usable. The pictures were all pin sharp and beautifully composed. Just give him a couple of Nikon F3s, a manual 300mm 2.8 and a 180mm and Mike would produce magic – he was a craftsman – autofocus was of no benefit to him at all.

In recent times Mike loved covering London 2012 – he was in his element – it was the ultimate sporting event and it was being held in his city. After the closing ceremony we walked back to the Media Centre together – the party was over and we both felt it. But next morning Mike was back shooting the now deserted venue and getting the pictures published!

Mike was a prolific photographer – he loved taking pictures and never stopped – but beyond all of his skills as a photographer – Mike was a wonderful person whom I am proud to have called a friend.

Please feel free to add any comments that you wish to.