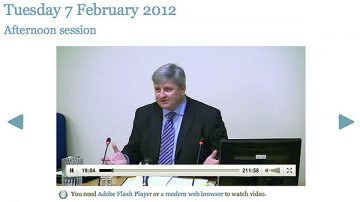 Three submissions, a lot of reading and an awful lot of discussion came down to a 34 minute appearance at The Leveson Inquiry today (Tuesday 7th February) afternoon. Was it worth it? Right here, right now the answer has to be a truly resounding ‘YES’. Our case has been outlined before; we wanted to impress on the world that there can be a huge difference between a professional press photographer and a bloke with a posh camera. 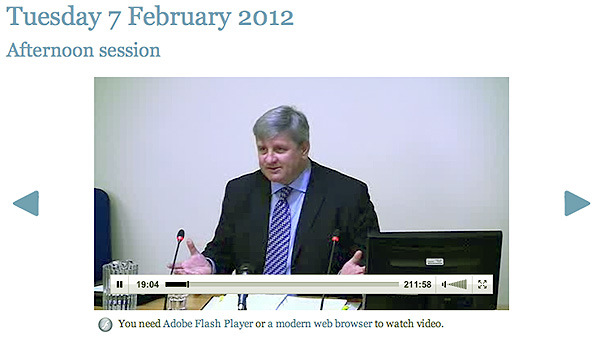 We wanted to make Lord Justice Leveson and his Inquiry aware that we are willing and able to be to be part of the process of finding solutions to the issues highlighted in the early evidence at the hearings. Most of all we wanted to highlight the four-pronged plan that we have developed to help ensure that photographs published in the UK news media have been checked thoroughly so that they comply with every law and ethical code that applies to that media in that situation.
Sitting there in the same chair that Paul Dacre, Editor in chief of the Daily Mail had occupied for the best part of four hours yesterday and that the familiar cast list of celebrities had sat in right back at the start of the formal hearings in November was more than a little nerve-wracking. Not so much on a personal level – but representing hundreds of honest, hard working and highly professional colleagues. If that wasn’t bad enough, the editors of The Times and The Sun were up after us!
We really cannot talk about today in terms of winning and losing but it seems that we have made our point and we know that Lord Justice Leveson himself said that

If, after today, the industry takes us more seriously and if, after today, we are allowed a voice on issues that directly affect the lives, careers and reputations of professional press photographers then maybe, just maybe we can think in terms of a (small) victory.
Of course the 34 minute white knuckle ride was made a lot easier by the quality of our argument and the sentiments in our submissions.
The BPPA’s Board worked hard on this and there are a lot of people to say ‘thank you’ to. So to everyone who contributed, everyone who tweeted and re-tweeted about our submissions and liked our Facebook page. Thank you. It turns out that it was a pleasure to be your representative!
Links to the content of our appearance: TRANSCRIPT VIDEO