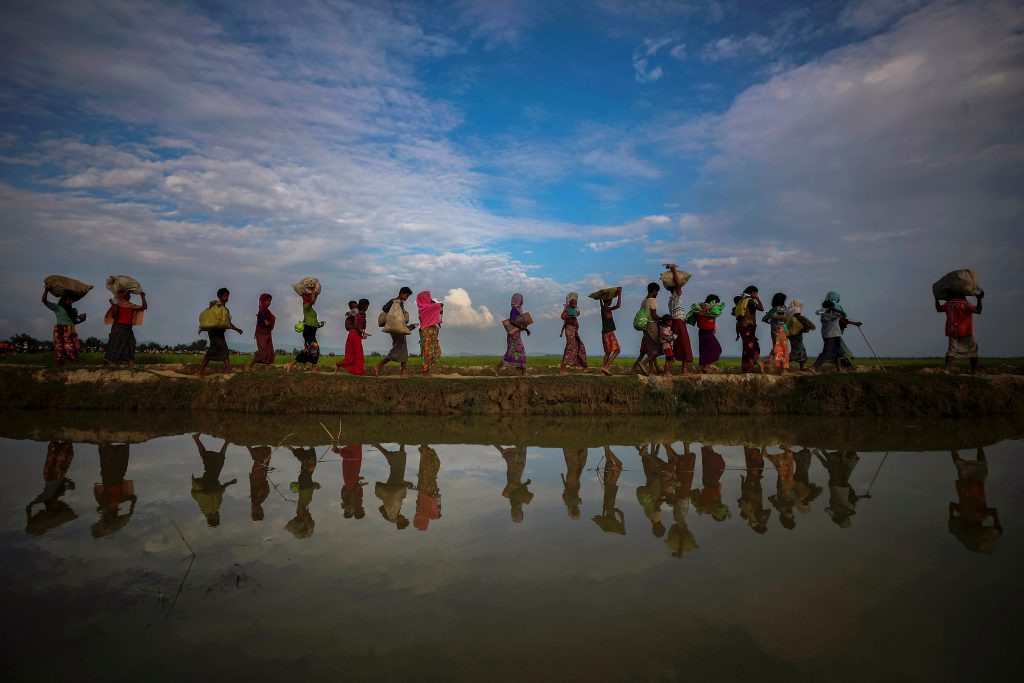 Rohingya refugees are reflected in rain water along an embankment next to paddy fields after fleeing from Myanmar into Palang Khali, near Cox’s Bazar, Bangladesh November 2, 2017. REUTERS/Hannah McKay TO FIND ALL PICTURES SEARCH REUTERS PULITZER – RC18DA7E6630