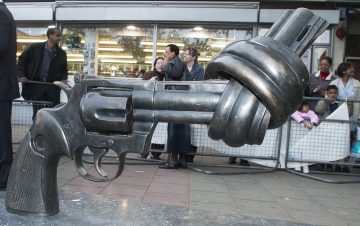 In the first of a two-part blog post Andrew Wiard, a member of The BPPA’s Board, asks “What’s going on at DACS?”

Last year we all had to sign a new agreement, and if we didn’t – no annual payout at Christmas. So, why? Short answer, because DACS is at the bottom of a collecting society food chain, and they are all fighting like rats in a sack. Over our pictures, and our money.

Collecting societies – we photographers know that every year we get our DACS money, but not all of us know how or why. Here’s how it works. I’ll make this as simple as I can. In the beginning, way back in 1983, writers (through ALCS, the Authors’ Licensing and Collecting Society Ltd) and  publishers (through the PLS,  Publishers Licensing Society Ltd), established the CLA (Copyright Licensing Agency Ltd), jointly owned by them, for collective blanket licensing on their behalf. Which means authors and other right holders do not issue licences individually or directly, instead the CLA charges clients a one-off fee for a licence to make multiple copies of multiple works, without identifying any of the copyright owners.  So what are we talking about here? Essentially, the photocopying of books and magazines, though there are also other sources of income such as cable retransmission of TV programmes. Which all fall into the category of so-called ‘secondary’ rights. We exercise our ‘primary’ rights directly, collecting societies only stepping in where it is impractical for us to do so. After paying a small amount of money to overseas right holders, CLA then gives the lot to writers and publishers. So what about us then? We photographers said hang on a minute, we are copyright holders too. Eventually the CLA gave us our share through the DACS (the Design and Artists Copyright Society Ltd) payback scheme. Though with only an 8% cut – think that’s because we were late to the party.

Why not newspapers you might ask? Because they set up their own society, the NLA (Newspaper Licensing Agency), paying out to the newspapers, who then pay their freelance contributors any money they think they might owe. Or not, as is usually the case. Anyone remember getting an NLA payout at Christmas? Which is where all the recent fighting started, and that needs a blog all to itself, but briefly, authors were furious at not getting their share of the NLA money. And then a lot of magazine publishers jumped ship from the CLA to join the NLA instead, now re-branded NLA Media Access. After all, why share their (our) CLA money with writers? Or anybody? The ALCS began to fight NLA Media Access, while also fighting – I mean, of course talking – with the remaining CLA publishers over their shares from the CLA. Who have now decided to save money picking on DACS, by tearing up their agreement. That’s right – make the photographers pay! So what exactly are our brothers and sisters in the ALCS – the writers, photographers’ best friends – playing at? They are  joint owners, with the PLS, of the CLA! In the middle of this unholy mess, the CLA chief exec departed.

It would seem the CLA put a gun to the head of DACS, and so DACS put a gun to ours. Sign our new agreement here, or get no Christmas money.

Why so? What is this new agreement and how is it supposed to get DACS out of this hole? It requires us to sign over to DACS our secondary rights, exclusively. Actually a new agreement makes a lot of sense. Signing exclusive rights to DACS means they can stand up to the CLA, ALCS, PLS, NLA Media Access or anyone else trying to grab what’s ours, on firm, or at least much firmer, legal ground. It also means DACS can withstand scrutiny under both new EU directives and new UK legislation. Which any other organisation grabbing rights signed exclusively to DACS would – or rather should – be unable to do.

So what’s the problem? Why not just sign? The problem is that DACS is not just seeking the specific rights they already exercise on our behalf today, but ALL our secondary rights tomorrow. The distinction is crucial, see part two of this blog. I’m not the only one to object to this. BAPLA (The British Association of Picture Libraries and Agencies) said, rightly, that the new agreement should be confined to only those secondary rights currently being exploited by DACS, i.e. photocopying/scanning, educational recordings and cable re-transmissions. If DACS is to administer any further rights that should be the subject of future consultation. What could be wrong with that? BAPLA is right. Now we photographers don’t always see eye to eye with BAPLA , and especially when it comes to DACS. Many BAPLA members think they’re the ones who should be taking the DACS money, and a big cut, before handing the rest to us. We think it’s our money ( and it is ) and that we should deal direct with DACS, unless we choose, as some of us do, to go through an agent. Big money at a stake here. But whatever schemes BAPLA may now be planning, with our pictures, we do have common cause when it comes to how and what DACS actually collects. We and our agents must insist on our right to license our photographs directly without a collecting society coming in between – unless, that is, that is totally impractical and absolutely unavoidable.

All we should have been asked to do last year was sign up to what DACS had already collected in previous years. Now what could be simpler than that? But DACS wouldn’t hear of it. They seem to think they don’t have to listen to us – or rather, while they make a great show of listening, they just don’t take any notice. The obvious objections were repeatedly made. They didn’t change a word.

That money was collected in 2013. In withholding our money to enforce a new agreement for the future they were applying it retrospectively to money that already belonged to us. That was our money. They should have paid it without question and then sat down with all of us to negotiate – repeat, negotiate – the new agreement.

Why all this really does matter? – see Part Two.