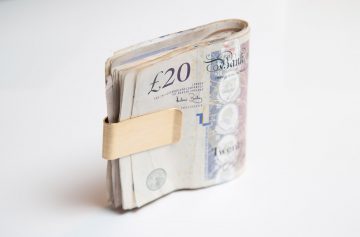 Ok – now we have your attention.
Every year DACS ( The Design and Artists Copyright Society) collects millions of pounds worth of royalties due for use of our photographs from libraries, universities and other organisations. It is payment for lending books, photocopying and things like that.
They then redistribute this money to us through the “Payback Scheme” – and it usually comes to several hundred pounds each.
THIS MONEY BELONGS TO YOU – IT IS OWED TO YOU – BUT YOU HAVE TO CLAIM IT!!
You only have until September 30th this year to make your claim – but it only takes about half an hour to do – and you will get a decent payout just in time for Christmas.
We realise that many photographers are daunted by the prospect of making a claim – but it really is very simple – and can all be done online.
To help you with this – here is a beginners run through of what you will need to do…
REMEMBER DO NOT ALLOW AN AGENT TO PERSUADE YOU TO ALLOW THEM TO DO IT FOR YOU – IT’S YOUR MONEY – DON’T GIVE AWAY SEVERAL HUNDRED POUNDS FOR NOTHING!
So – here’s what to do.
Firstly you have to get together some info.
(Yeah – I know this sounds like a drag – but look at it this way – Its a couple of days wages for half an hours work)
1. Get together the title and date of three (thats all!!) books that have used your pictures in the whole of your career – it doesn’t matter what they are or when they were published , just so long as they have an ISBN number.  You can look up this info via Google or maybe find it on Amazon.
2. Now find the same info for three magazines that have used your pictures. Not in the last year – but in your whole career.  I’ll say it again – thats three pictures used in magazines EVER!!  All you need if the title, date and the ISSN number of that magazine – again you can get this info with a google search.
(If you don’t have cuts or are struggling to remember dates then maybe you can work backwards – go through your picture archive and dig out some pictures you know made it into a magazine, and then check magazines shortly after this date?)
3. Finally – Have you had any pictures used on TV in the last year? Make a list of these too – although these have to have been during 2015
Thats it – you’ve done the hard part.
4. Now go to secure.dacs.org.uk and register.
Fill in your relevant details; that you are claiming for photography, how many years you have been working as a ‘visual artist’, what organisations you belong to, etc.
Now make your claims…
Firstly books.
You are claiming for all uses throughout your career up until the end of the relevant claim year, in this case ending 31st December 2015 – but you don’t have to list them all!
As we said earlier DACS cannot identify specific secondary uses of your work, so all you need to do is prove that you have had pictures published in books at some point in your career. They only ask for the ISBN number, title and year of three books included in your claim.
Then they then ask you to estimate how many times, throughout your career, your pictures have been used in books.
Finally then ask you to tick off all categories into which these uses fell – Academic, Art, etc.
And that’s it.
Next – Magazines and Journals.
Its an identical procedure – asking you to list three magazines where you have had pictures published – including their Name, issue number or cover date and
ISSN, ISBN or barcode number
Then – Television.
In this case only your claim is restricted to uses in the relevant DACS claim year, for now 2015. You are asked to enter how many uses in specified TV channels. Skip this if its not relevant or you can’t remember.
Thats all they want to know about pictures published.
Really.
It’s that simple.
After that all you have to do is read and accept the mandate authorising DACS to act on your behalf, which you sign with a tick. Then enter your bank details, tax status, and VAT detail. And finally you are asked to accept their Payback T&C’s.
(Please read the mandate and T&Cs – make sure you understand and are happy with them!!)
That’s all you have to do. Job done. Sit back and wait for a few hundred quid to drop into your bank – just in time to buy xmas presents or to pay for the xmas party!!!
But, do it now, before September 30th!
NO, REALLY – DO IT NOW – DON’T PUT IT OFF!!
Do not allow your agency to claim on your behalf – they take a big commission and in some cases even an admin fee too. Whatever they say, it’s your choice. Beware any new agency small print you may not have read authorising them to claim instead. They cannot do this without your express permission.
Do not give it – it’s your money. Not theirs.
(If they have in the past claimed in your name, and are now being a bit difficult about releasing the necessary sales info, you may well find DACS accepts the details provided in those previous claims as evidence for your claim today).
Finally, if any of the above is unclear, go to DACS FAQ’s:
DACS FAQ’s
Or ask us via the BPPA members Facebook page.
DO IT NOW – AND DON’T LET ANYONE TELL YOU THAT THEY HAVE A RIGHT TO HALF – ITS YOUR MONEY!!!