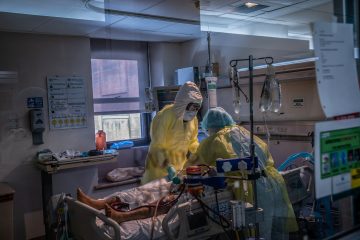 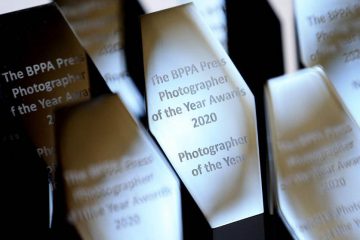 Photo: ©Lindsey Parnaby | In an email message to members of the association, Chair Lindsey Parnaby wished everyone entering the competition the best of luck. He wrote: “2020 was undoubtedly an incredible year for the press photographer. The impact of Covid19 changing the way we live our everyday lives for the foreseeable future as public events were forced to close their doors and socialisation banned under

We would like to introduce the seven fantastic curators we have lined up to select their favourite images from those submitted to ‘Women’: a photographic celebration by BPPA members of women across the globe for International Women’s Day 2021 on 8th March. In the launch year of what promises to be a fabulous new exhibition, the BPPA are looking for images telling the stories and achievements

WOMEN 2021 Exhibition Opens for Entries The British Press Photographers’ Association is delighted to announce that WOMEN 2021 is now open for entries. The theme of the exhibition is a photographic celebration of women and girls for International Women’s Day 2021 on 8th March and we are looking for images telling the stories and achievements of women and girls. Here is a very brief rundown but

Whilst the world is experiencing turbulent times due to the Covid 19 pandemic The BPPA will try to offer as much support and advice to our members as we can. At a specially convened Board Meeting there was a unanimous vote to offer all members the option of taking a payment holiday from their membership subscriptions for an initial period of three months. We don’t want anyone to

END_OF_DOCUMENT_TOKEN_TO_BE_REPLACED Leave a Comment
thebppaImportant notice for members of The BPPA03.23.2020

Hilighting this talk that is open to BPPA members and non-members.   First up is Alan. Alan Crowhurst is an award-winning horseracing photographer contracted to Getty Images. His life has always involved racing, his grand father was a racecourse bookmaker. In this interview Alan talks about growing up in Brighton, taking up photography, his passion for his profession, what it takes to get an award-winning ‘Crowhurst’ shot and

This year, Press Photographers that applied for accreditation to photograph the Pride In London parade and celebrations received the following email: Changes to accreditation in 2019: Pride in London have been working with our agency partners to review the security arrangements for Pride in London 2019. We’ve made a number of changes to the parade route which will enable us to make the parade more secure.