The BPPA has come in for some criticism from a group called Women Photographers of the UK about what they refer to as the uneven representation of women in the current Assignments 2019 exhibition. You can read their open letter here on Medium. This is a response from Lynne Cameron, Vice Chair of The BPPA.   Dear Suzanne, Anna and Susannah   We would like to reassure

The exhibition of the best of British press photography returns – and as well as the London show we are taking over the The Potteries Museum and Art Gallery in Stoke on Trent for a whole month. The opening night is Tuesday 23 July- and will run until Sunday 25th of August to coincide with summer holiday season. We are doing things slightly differently this year

END_OF_DOCUMENT_TOKEN_TO_BE_REPLACED Leave a Comment
thebppaAssignments is back – and not just in London!03.31.2019

Tomorrow (26th March 2019) MEPs will vote on a controversial EU directive to copyright work used on the web. It sets terms and conditions for others to reuse content (posted by people like us) commercially. The battle has been between the tech giants, whose business model is all about reusing other’s intellectual property without license or renumeration, and us ‘the creative community’. Scares have included that

END_OF_DOCUMENT_TOKEN_TO_BE_REPLACED Leave a Comment
thebppaEU Copyright Directive to be debated in European Parliament03.25.2019

We offering members and non-members the chance to take part in a series of keenly priced half day workshops which will be focused on making the most of Camera Bits software to select , caption and send your images out to the picture desks in a fast and efficient way using Photo Mechanic. BPPA Secretary Neil Turner has a long history and experience writing about and

END_OF_DOCUMENT_TOKEN_TO_BE_REPLACED Leave a Comment
thebppaWe are starting the new year by helping you brush up on your Photo Mechanic based workflow01.09.2019

Dear Mr West When our members first pointed out that Alamy was reducing the commission that it pays to contributing photographers the first reaction was “oh no not again”. Sitting and watching the video that you posted on YouTube didn’t help.  Alamy is a company whose success is built on its relationship with the people who have trusted you to handle their stock and live photography

We’d like to introduce you to the new board member who will all be playing an active role in making this yet another successful year for the BPPA and British Press Photography. I am Julie Edwards and I have been a press photographer for just over 10 years, working mainly in the Entertainment Industry. I have already introduced a series to the BPPA website called “Members

This is an open letter to the ITV management who have promoted their programme “Tonight: Harassment Uncovered” which, in places, confuses photography with sexual harassment. The programme aired at 7.30pm on the 23rd of February 2017 Dear ITV Professional photographers are against any and all harassment of people going about their private and lawful business. To suggest or imply anything else would be disingenuous at best 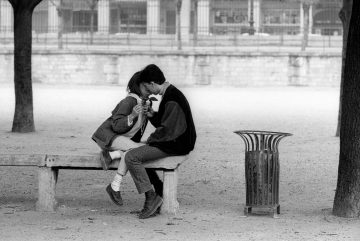 Veteran Fleet Street photographer and founder member of The BPPA Brian Harris has just published his long-awaited book “…and then the Prime Minister hit me”. You can follow the story of how the book came into being on Brian’s blog. When Brian Harris decided as a boy to give up his dream of being a newspaper cartoonist and instead become a photographer, it was a

END_OF_DOCUMENT_TOKEN_TO_BE_REPLACED 1 Comment
thebppaAnd Then The Prime Minister Hit Me – the new book from Brian Harris.05.06.2016 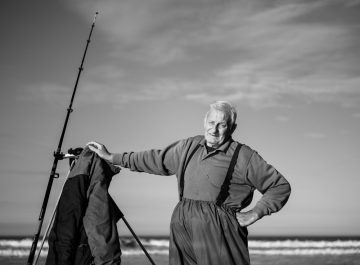 As I write this post sitting at my desk in my home office I am surrounded by an ever-increasing collection of photography books. Books that I have been gathering over many years firstly as an amateur with a keen interest and now as a working professional photographer. Over these years and I assume like many other photographers I have always found that seeing a photograph in 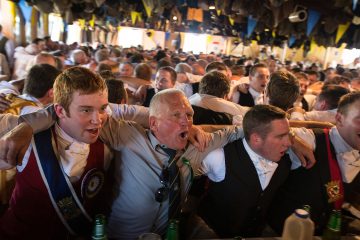 ‘The Hut’, six simple letters making two words, but which in the Borders region of Scotland , and in particular in Hawick, conjure up images of men linking arms, swaying, singing, drinking and 500 years of remembrance and history. I’ve photographed all over the world, in many exotic locations, from the jungles of Papua New Guinea to the boardrooms of Tokyo, but on returning to live