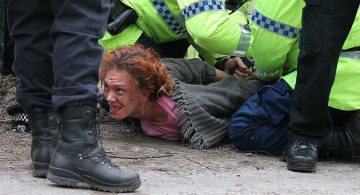 Protesters clash with police at the Barton Moss fracking site, Manchester. Photo: Lynne Cameron/PA. When the association was mentioned in an open letter talking about Gender in Photojournalism The BPPA’s Vice Chair Lynne Cameron said in her response that “The Board of The BPPA welcomes constructive input from anyone who wants to help to promote and inspire great photography. If you have ideas on what more

You may think that because the war is over, it is much safer and easier to report from Libya, but that is not necessarily the case. This post is written after my third trip to the country, the first being in February 2011 at the start of the war and the second in November 2011, one month after the death of Colonel Gaddafi. After waiting almost